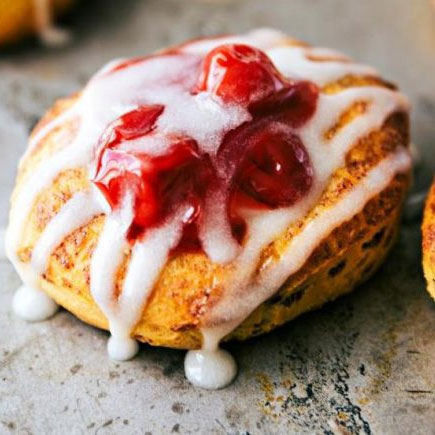 These Danish treats are easy to make with cherry fruit filling and cream cheese icing.

Unroll the cinnamon rolls and place them an inch apart on a large baking sheet lined with parchment paper.

Using the back of a tablespoon measuring spoon, press an indent into the center of each cinnamon roll.

In a small bowl, beat together the cream cheese, sugar and vanilla until smooth.

Add a dollop of cream cheese mixture to each of the cinnamon rolls.

Top each cinnamon roll with a heaping tablespoon of the cherry fruit filling.

Remove and allow to slightly cool for about 1 minute. 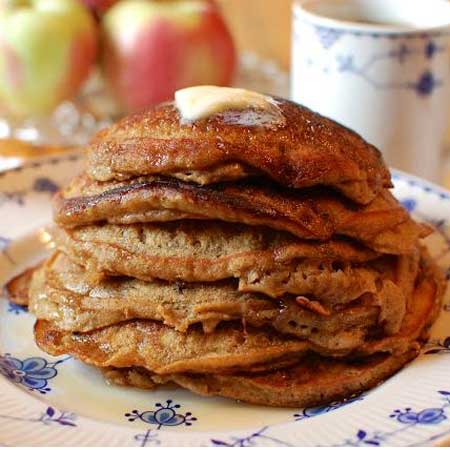 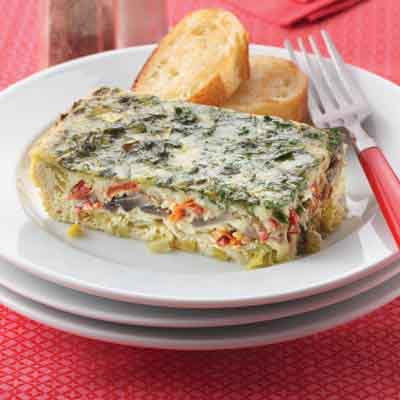 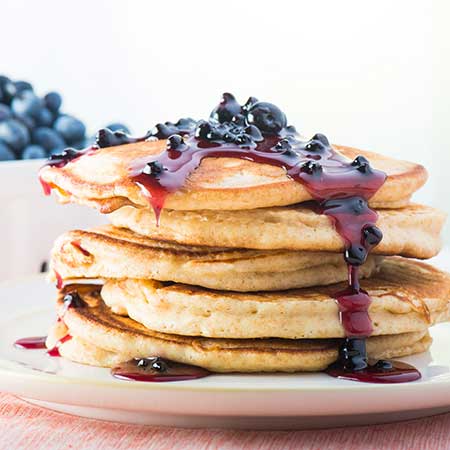 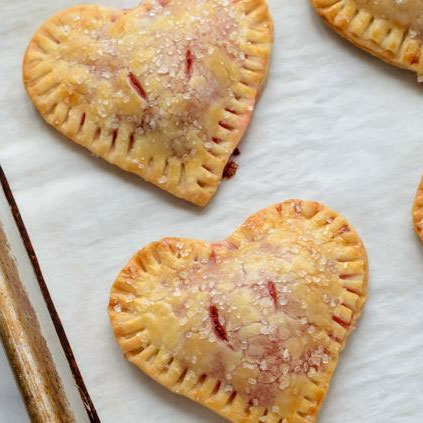 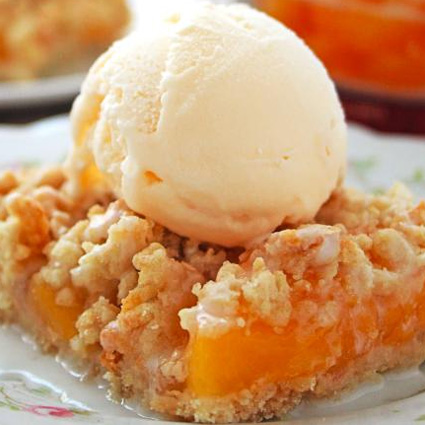 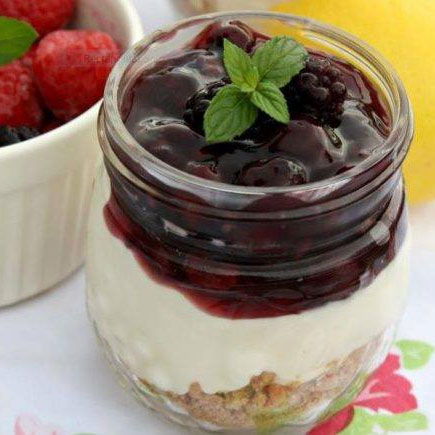